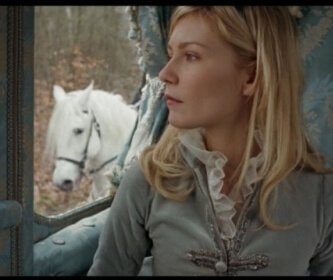 Savoir-Faire – noun
1. Knowledge of just what to do in any situation; tact.

I have recently been studying The Eastern Orthodox Christian Tradition.  In the French books I am studying, I was interested to discover the term savoir-faire (a French term usually used to describe social grace and knowledge of etiquette) being used to describe wisdom (including spiritual wisdom) in action. The association of wisdom with social grace was something that appealed to me greatly. These teachings I am studying have inspired my article today, in which I borrow from their wisdom freely . . .

A Story of Four Levels of Consciousness

The Horses – Our Unconscious Mind – Sleeping consciousness as well as our emotional life and motor reflexes, seeking energy and sustenance, mainly by instinct.

The Coach Driver – Our Waking Consciousness – Ego or what we call “I”. The active force in our day to day lives.

The Statesman – Our Objective Consciousness – Commonly called our ‘conscience’ – The passive judge and external viewpoint to our actions, also known as ‘self consciousness’

Rather than being born as a single being with one mind and a clear purpose, instead we arrive in this world more like a coach with horses and driver.

Inside of the coach rests The Statesman, a representative of The Highest Authority of the Land, with knowledge of how we should navigate our journey through life in harmony with the world around us.

Our destination is not set and for that we rely on the instincts and the needs of all parties in the ensemble, The Horses as much as The Driver and The Statesman. For our life is an adventure much more than it is a set journey.

But right from the outset, all of us (nearly without exception) experience great difficulty.

Look Out! Our Ego is in the Drivers Seat!!!

The driver sits above in the carriage and without stopping to be advised of The Statesman’s wisdom is free to run to and fro willy nilly, driving the horses in search of all he desires.

Or so it would seem, but in fact The Driver is deceived and only half awake and The Horses are in fact leading.

Ashamed at his lack of control and suffering near constant remorse for the outcome of his clumsy and impulsive actions, The Driver is still unable to admit (even to himself) the fact that he has very little control over The Horses.

But still The Driver cannot hide from the chaos and disorder his carriage is causing all in its path nor from the fact that it is now in a high state of disrepair. Harnesses are broken and axles grinding until at last the carriage runs off the road and is threatening to push The Horses down into a ravine.

Lucky for The Ensemble another traveller stops to assist and after much struggle and grief the carriage is brought back to the track, The Horses rested and watered and some minor repairs made.

If he is wise, The Driver will not attempt to do any ‘patching up’ himself and will certainly not resume his journey without seeking The Statesman he has left behind and vowing to stop and listen to his guidance more often.

The Damage Must not be Patched Over!!!

To reach a point of wisdom or savoir-faire, the carriage must NOT be repaired at this point and the journey NOT recommenced. Instead the present journey must be abandoned and The Statesman called back to offer guidance – and a time of learning and retraining embarked upon.

For The Driver should hardly expect such luck from a stranger next time he loses control of The Horses.

Taming the Horses Without Ignoring their Wisdom

Once The Statesman is found all should now go well, with The Driver stopping regularly to gain wisdom from The Statesman within the carriage. The amount of room he should allow other carriages he passes on the road; when to let The Horses lead and when instead to blinker them; when to heed The Horses panic as a clear sign of danger, without allowing them to bolt causing chaos and destruction; are all lessons The Statesman must now slowly and painstakingly teach The Driver.

This is the ideal, but unfortunately the trouble is not usually over.

For where has The Statesman been lodging while watching his carriage career and cavort so recklessly?

Has The Statesman been looking on in embarrassment, terror and panic or has he been consulting with The Highest Authority in the Land gaining wisdom and instruction of how best to tame The Driver that is our ego?

Did you know that your conscience is not always perfect?

Wracked by panic and seized by fear, our objective consciousness, in the role of The Statesman in this story, can become so overcautious and such a critical and derogatory judge of  The Driver, that the journey may now stagnate and falter.

Second guessing each and every action – fear now causes The Statesman to lose touch with the wisdom of The Highest Authority in the Land that he is meant to represent.

This leaves the carriage vulnerable to hijack, thieves and predators alike and again the fate of The Ensemble may rely on lucky assistance.

This time it is The Statesman who needs humbling and his fears and anxieties tamed (in the same way that the driver has been tamed and given instruction on how to tame and control the horses) if the journey is to reach its potential.

The fear and anxiety The Statesman falls victim to when becoming a critical inner voice that torments us- is not the instinctive (and partially positive) passion and emotion of The Horses. Instead The Statesman’s fear is learned and habitual and has caused him to lose touch with his connection with The Highest Authority in the Land that he is meant to be representing.

The Statesman’s composure and balance must now be restored, if The Ensemble is to reach its potential for the journey with all its adventure and promise.

Both of These Crises are Blessings and Not Curses

For if the ego as driver is allowed to continue for too long without coming off the road, he will not be awakened to the fact he has been asleep at the wheel and alerted to his own complete inability to lead. This person may travel too far and wake up one day to find the destruction left in their wake irreparable, their inner life empty and their outer life a wasteland.

Coming off the road is a necessary crisis to wake The Driver up to his lack of control of the horses.

Likewise if The Statesman does not become so crippled by fear that he at last breaks down and reconnects with the wisdom of The Higher Authority (he is meant to represent), he may become a lifelong tyrant towards himself and others, steering the carriage to a purpose in harmony with no one.

So each crisis must be seen as a blessing and its effect on our life allowed to be so destructive that nothing of the old mistaken ways of operating the carriage remain.

The medicine required when this first crisis occurs is the driver educating himself in the management, control and regulation of the horses emotional and instinctive behaviour. This is the medicine we offer called emotional intelligence training and gap work.

Once the ego is tamed, it can then take a role in soothing and reassuring The Statesman as well as seeking guidance from him. Turning to objectivity is a necessary step,  but what if our conscience has begun to panic?

I see this in cases of PTSD and GAD and also with people who simply worry too much.

Destinations dearly sought but never reached and journeys made up of struggle with no joy become the impetous for The Statesman to finally seek the guidance of The Highest Authority.

Included in this medicine is the practice of self soothing (which could also be called faith) and dumping habitual emotions and thoughts that no longer serve our best interests. (We have a program called Baggage Dumper Instant Access that I am launching very soon that has very powerful self help methods for this.)

For our conscience must be of good faith and in tune with its own natural and higher guidance and not a bitter judge that scolds and restrains us.

Once on the path and with all elements in order, where will this journey take us? Into a sure but deeper understanding of ourselves and our own nature that allows our character to finally become something constant and reliable when the shifting sand within us is finally made solid and we come to a place where we trust and can live with ourselves.

No longer at the mercy of what lay ahead; we drive on now night and day, through good weather and bad, through times of feast and times of famine as our life’s adventure unfolds to our own wonder around us.