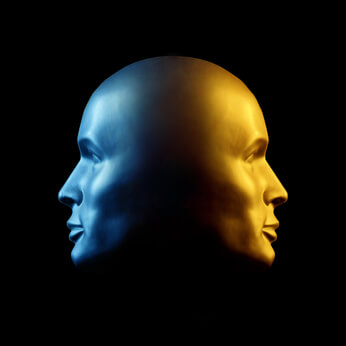 How Emotional Baggage From Your Past is Affecting Your Marriage Today

I remember a scene from my mothers 50th birthday, when an old friend of my mother, famous for being both very rich and very rude, chastised me for not looking after my mother well enough.

I had worked for weeks putting the party together, including decorations, food and planning the invitation list, and here stood this woman in front of me; eating food I had prepared, holding a drink I had bought and served, criticising me that I was not doing enough to help!

I was shocked and angry and went and told my sister how this woman’s comment had upset me. Unsympathetic, my sister just laughed and said, “Don’t worry about it, you know what Susan is like!”

Not 5 minutes later, my sister came back fuming, saying Susan had just criticised her for not looking after her dog!

At this time, I had no idea that years later I would become a student and author of Emotional Intelligence. But I remember this story giving me the first inkling that everything is not quite as straightforward as it may appear when you start dealing with logic and emotion.

Before my sister became angry, her rational mind knew it was foolish that I had let a nasty and rude person’s judgement upset me. Only minutes later however, when her own amygdala (emotional brain) had fired, not only did she forget what she had just said, but suddenly she was just as upset as I had been about something quite similar.

When we are calm it is nearly impossible for us to remember the way we were thinking and feeling at a time when we were upset.

(And if this is hard to remember within ourselves, how much harder is it for us to genuinely have empathy for someone else when they are in an emotional state and we are not?)

Just as we think differently when we are emotional, emotional baggage is formed because we also remember emotionally charged situations in a different way than we remember other events.

Your Memory is Not All in Your Head

Thinking back on an emotional event later, our upper cortex doesn’t work the same way our amygdala does, and so once our rational mind is back in the driver’s seat (once our amygdala ‘switches off’) it will often feel ashamed or depressed about how we behaved when we were upset.

Our amygdala’s way of recording memories is also different – instead of storing memories as words or ideas like our upper cortex does  – we may store the memory of an emotional event as a knot in our stomach, a pain in our neck or a vague sense of fear or anxiety.

As strange as it may sound, not only do we store memories in our bodies, but we store them in the space around us as well!

How emotional baggage is stored

Because of this emotional baggage is rarely logical and instead may be stored as a picture we see in front of us, a sensation in our body or a dialogue we run in our head. Do vague apprehensions and fears mould your life? I wonder how much of this is rational and how much stored up emotional baggage?

Forget What You Are Sure You Remember

Recent research also shows that when it comes to events that are emotionally charged, our memories are extremely unreliable. A few years down the track, even details we are certain we have correct will turn out to be mistaken.

It is one thing to know you have forgotten something and quite another to be certain you have remembered the facts – when you are wrong!

Emotional baggage is not intelligent it is instinctive. It nearly always has some kind of bias that doesn’t care about the facts!

What this means if we want to bring peace to our lives and our homes . . .

As the name of this blog (End the Blame Game) suggests, rather than judging other people (especially when they are emotional), first and foremost it is much easier and wiser to work on our own reactivity and emotional baggage instead.

What emotional baggage do you carry in terms of emotionally charged memories from the past, that are causing you to react in irrational and unproductive ways now?

Whatever your past, I bet you have some emotional baggage that it is holding you back in your life.

To help you with this Steve and I have brought in our good friend (and behavioural scientist) Dallas Fell to help . . .

If you sign up this month to a Baggage Dumper membership, your subscription will include The Love Boat Tour of the Emotions as a bonus.

I cannot even begin to share what the Baggage Dumper program has done in clearing the emotional baggage from our lives personally, but I will get Steve to share more about that on camera in the next week or two!

What I can say is that clearing your emotional baggage has never been easier and with Dallas to help it has even become fun! :)