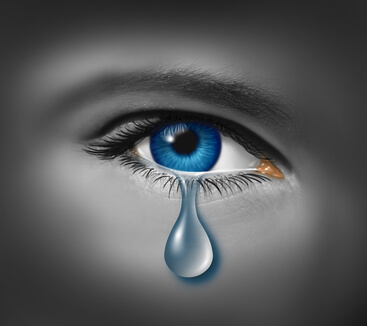 Today I want to share some of the common myths about bullying.

The biggest bullying myth is that parents will always know if their child is a victim of bullying.

The truth is most children are ashamed of the bullying and won’t want their parents to find out.

Peer rejection is the number 1 cause of suicide.  All children should be taught the truth about these myths:

The truth: Nearly everyone is teased at some stage of their life.

Children that don’t know how to respond to insults and aggression become insecure. This insecurity can then attract a cycle of bullying that may follow them through life, even affecting their marriage.

This is misleading. Most people get teased at some point and we are all different!

The truth: If you have faced bullying to the point where it has made you sad and affected your life, the real reason was probably that you didn’t know how to stand up for yourself.

Saying the bullying was because you were different makes out that bullies are normal and in the majority when really they are not.

Saying children face bullying because they are different also implies that deep down the bullying is somehow the victim’s fault.

The ‘difference’ blamed for the bullying is usually something the person can’t easily change, such as; body type, genetics, personality type, race, gender, intelligence or sexual preference.

Saying the bullying is because they are different leaves the victim with an inner dialogue to describe what happened in a way that will often leave them feeling inadequate, isolated and inferior for the rest of their life (eg. I was bullied because I was . . . ).

Instead of reinforcing the idea that it was something about this person that caused the bullying, children should be taught personal defence/social skills to deal with the problem.

A person who wants to overcome bullying can be taught self esteem and self defence strategies we have seen help end the bullying, sometimes in a matter of days.

After this, instead of this person saying “I was bullied because I was . . .” , their inner dialogue might now say “The bullying was because I hadn’t learned to stand up for myself yet”, and the problem will soon become a thing of the past.

The truth: Bullies are usually less likable than the people they pick on, they just don’t know it because no one has the courage to tell them to their face.

The truth: Most bullies will grow up with a whole raft of mental health and relationship problems that will severely affect their quality of life.

Standing up to bullying is as important for the bully as it is for the victim. It is not a situation caused simply by one person being different and the other person lacking empathy, bullying is a situation that shows up patterns of emotional dysfunction that left unaddressed will likely affect both parties negatively for the rest of their lives.

The truth: The importance of friendship in childhood is vastly overrated. It is NOT vital for children to have friends for them to grow into healthy well adjusted adults.

While it is important to learn to get along with people, research shows that it is much more important for kids have good relationships with their parents, teachers, and older children (if they are positive role models) than it is to have friends their own age. We have all heard the dangers of peer group pressure.

Children are vulnerable to the most serious forms of bullying if they feel ashamed of having no one to hang out with and end up desperate for someone to like them or start hiding off by themselves. People in general are much safer if they hang out close to the group but are okay about being on their own.

Because of this (and also to protect their self esteem) children need to be taught to be 100% okay about times when they might need to be on their own in public, such as eating their lunch by themselves at school. Parents and teachers need to teach kids it is okay not to always have friends and it doesn’t mean anything about you as a person.

Friendships come and go throughout life; the vital thing is knowing the social skills necessary to defend yourself such as how to feel confident in public when you are alone.

The truth: If an adult or child is facing bullying, it is imperative that the situation be addressed. Saying the problem is too difficult to solve is not an acceptable answer.

The truth: Children need help managing difficult relationships and most will not have the inner resources to deal with bullying on their own.

There are other times in life where children will need relationship coaching as well. For example most children will need help when they are caught doing something like stealing. In these situations they will usually need help finding the courage to confess and apologize in a way that will attract forgiveness and regain people’s trust.

Likewise, when a child is facing bullying they will need coaching and protection from adults and older children.

Most of our work is aimed at helping empower adult victims of bullying in their marriage. If you need help with this please start at the home page of our site www.theNCMarriage.com

a. Make the bullying stop.

b. Help people earn their family and community’s respect.

If the problem of bullying can be overcome when we are adults – how much easier is it if we can teach kids these skills before their self esteem is damaged by the bullying?

Our youngest boy was assessed as having Asperger’s syndrome when he was 6 and we ended up taking him out of school because the bullying he faced was so severe.

Back in a new school a year or so later, with just a little coaching from us and his older sister, and by grade six our youngest son was voted prefect of his school.

While still having symptoms of Asperger’s, our boy is now in High School and one of the more popular kids in our town.

He received no standard psychological counselling for the bullying he endured when he was younger, because the effects of the trauma (and most of his insecurity) disappeared as soon as he learned that he had the power to change the type of situations that once made him feel helpless.

Although most of the changes he made were subtle, this transformation did not happen by accident and had dramatic results.

He was surprised to discover that most of the time as soon as he felt ready to deal with it – the bullying or aggravation stopped without him needing to say or do anything.

Most bully’s sense vulnerability in their victims and once their victim stops feeling defenseless the bullying will usually stop.

Many of the kids that bullied our son (mercilessly) when he was younger, have now made an effort to apologize and be friends. He hasn’t chosen to befriend any of them but is on okay terms and doesn’t hold a grudge. He sees now that most of them have sad lives.

If you would like to learn the guidelines for helping children learn to deal with bullying – please check out the following series on overcoming bullying at the link below.

This series may also help you come to terms with what you went through if you were subject to bullying at school. Are you ready to get started?  Peer rejection is the number 1 cause of suicide. Don’t take a risk, all kids should be taught how to defend themselves against bullies.

Check Out Our Short eCourse on Dealing With Bullies . . .

Please scroll down this page to add a comment...

This site uses Akismet to reduce spam. Learn how your comment data is processed.